In recent years overseas, in succession the Japanese whiskey and sake won a high evaluation,
export volume also tends to increase.
The public and private sectors work together,
we do also advanced efforts to boost the tourism to such brewery in various places,
“SAKE” in the hot line of sight from home and abroad have been poured in Japan.

In recent years domestic whiskey, winning one after another in an international contest.
Last year, winning founder of Nikka Whisky became the model of “Matthan,”(this is a TV drama)
“Taketsuru ’17 Pure Malt” is the second time the world’s highest award in the British magazine
sponsored “World Whisky Awards”.
Suntory “Yamazaki Sherry Cask 2013” was also selected for the first time
in the world’s best whiskey in Japan production in the UK guide book “World Whisky Bible”.

Compared scent of personality to strong authentic Scotch,
but the main features of the Japanese whiskey that also good balance of delicate flavor.
Suntory spokeswoman said, “sincere (gentleman) attitude to the separate formation
and blending techniques such as Japan’s manufacturing of whiskeys is not than being evaluated.”

According to the Internal Revenue Service, Japanese whiskey exports in 2013
at 3.9 billion 80 million yen, an increase on previous year’s one-six times.
Popular from these overseas is becoming even spread to the tourist side,
last year from January to October in in Osaka Shimamoto “Suntory Yamazaki Distillery”
about 5300 people foreign visitors visited, five years ago 7 and that swelled to double.

This is suntory whisky. HIBIKI and YAMAZAKI and HAKUSHU. 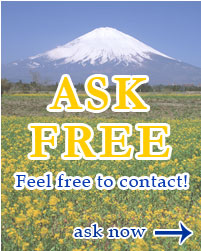